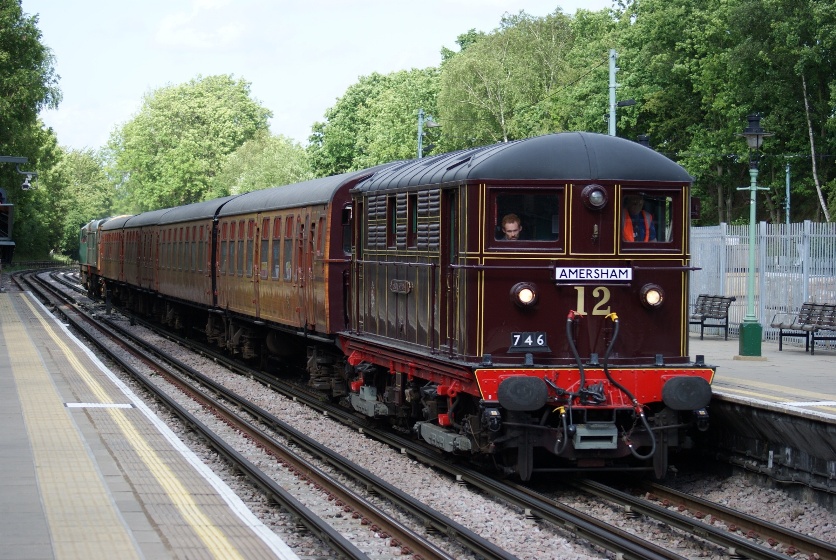 The first order of rolling stock entered service in 1906 and comprised of ten locomotives with a central cabin for the driver, these became known as camel-backs. These locomotives where constructed by Metropolitan Amalgamated after being ordered from British Westinghouse, the locomotives where constructed with Westinghouse electrical control equipment, with four motors with 215 horsepower traction motors, 10.9m (35ft 9in) in length and weighed 50 tons. There was initially only one driving position for the motors which caused difficulties and a second master controller was promptly added.

The second order of rolling stock entered service in 1907 and comprised of a further ten locomotives however, these had a boxed design and a driving position at either end of the locomotive. These where also constructed by Metropolitan Amalgamated, but these included British Thompson Houston control equipment, these locomotives where 10.m (33ft 6in) in length and weighed 47 tons. The control equipment was replaced in 1919 for the Westinghouse type.

During the early 1920s an order was placed with Metropolitan-Vickers to rebuild twenty electric locomotives, the work began on the first locomotive, however the rebuilding proved to be uneconomical and impracticable resulting in the order being changed for twenty newly constructed locomotives using some of the equipment from the original builds. The new locomotives where constructed between 1922 and 1923, weighing 61 ½tons, the new locomotives had four 300 horsepower motors which gave a rating of 1200 horsepower over an hour, and a maximum speed of 105km/h (65mph).

During the 1925 British Empire Exhibition the Metropolitan Railway displayed locomotive number 15 where the panelling was removed to allow spectators to see the equipment inside. The entire fleet was named, with the first nameplates being fitted on 18 March 1927, there where nineteen names that had been chosen and had a connection with the Metropolitan Railway served area, comprising of peoples names, real or fictitious. There was however one exception, locomotive number 15, that was used at the British Empire Exhibition, which became named Wembley in 1926. During the Second World War the nameplates where removed from the locomotives.

There where fifteen surviving locomotives in 1953, which where overhauled and the traction equipment was replaced with British Thompson Houston, the nameplates where also refitted to the locomotives.

The Metropolitan electric locomotives where withdrawn from passenger service in 1962, once electrification of the Metropolitan line had been completed up to Amersham in 1961 and the A60/62 stock had entered service.

There is one locomotive which has been preserved at the London Transport Museum as a static exhibit, made of locomotive number 5 John Hampden. Another unit, number 12 Sarah Saloons, had been preserved at the London Transport Museum Acton depot and is used for heritage events, this was last used in the 150 birthday of the Metropolitan Railway, when the carriage was used alongside the Metropolitan Railway Locomotive number 1 during January 2013.

Locomotive number 4 collided with a passenger train at Baker Street station, on 18 June 1925, this followed a signal that changed from green to red as the locomotive passed though, this accident injured six people. 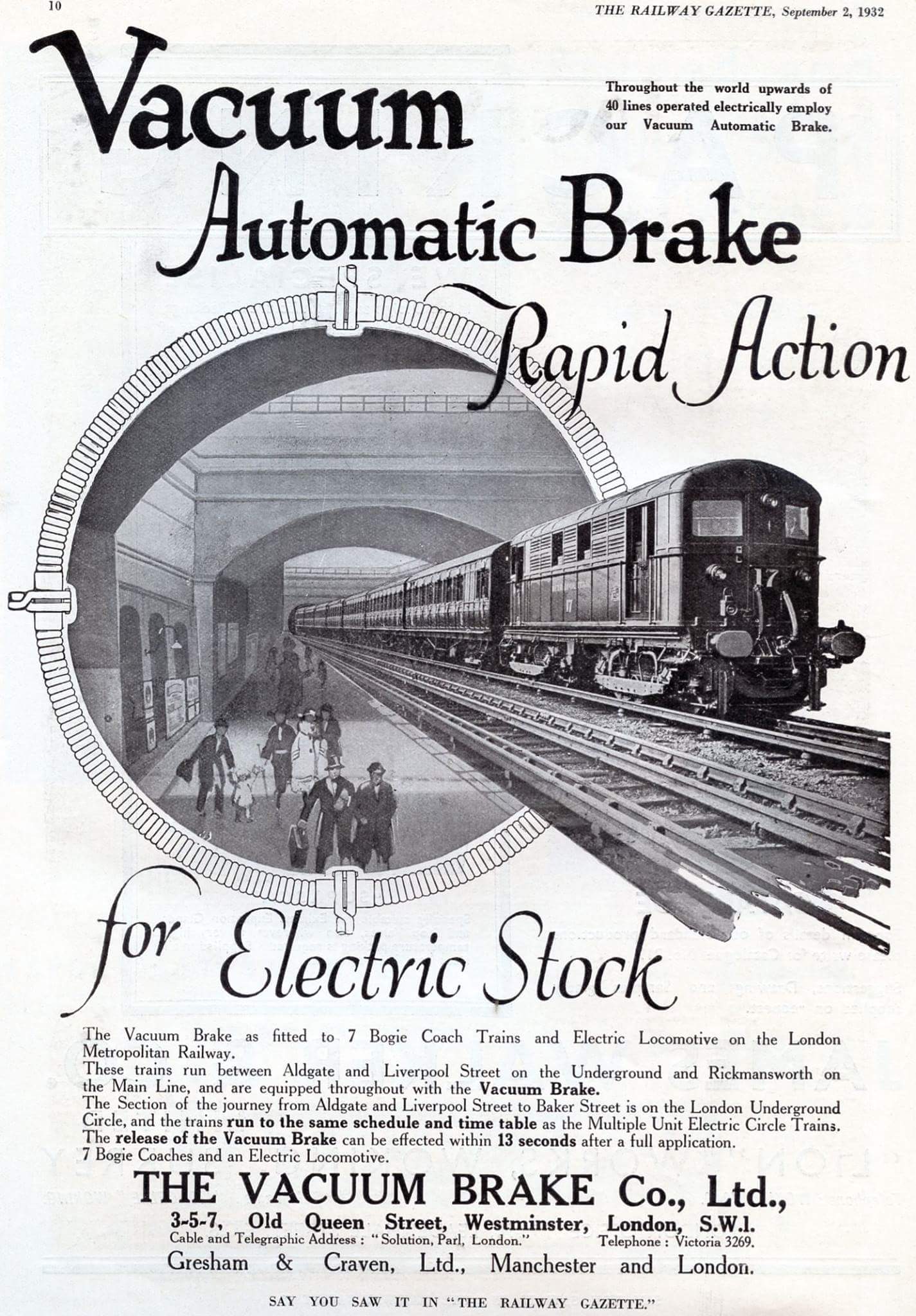 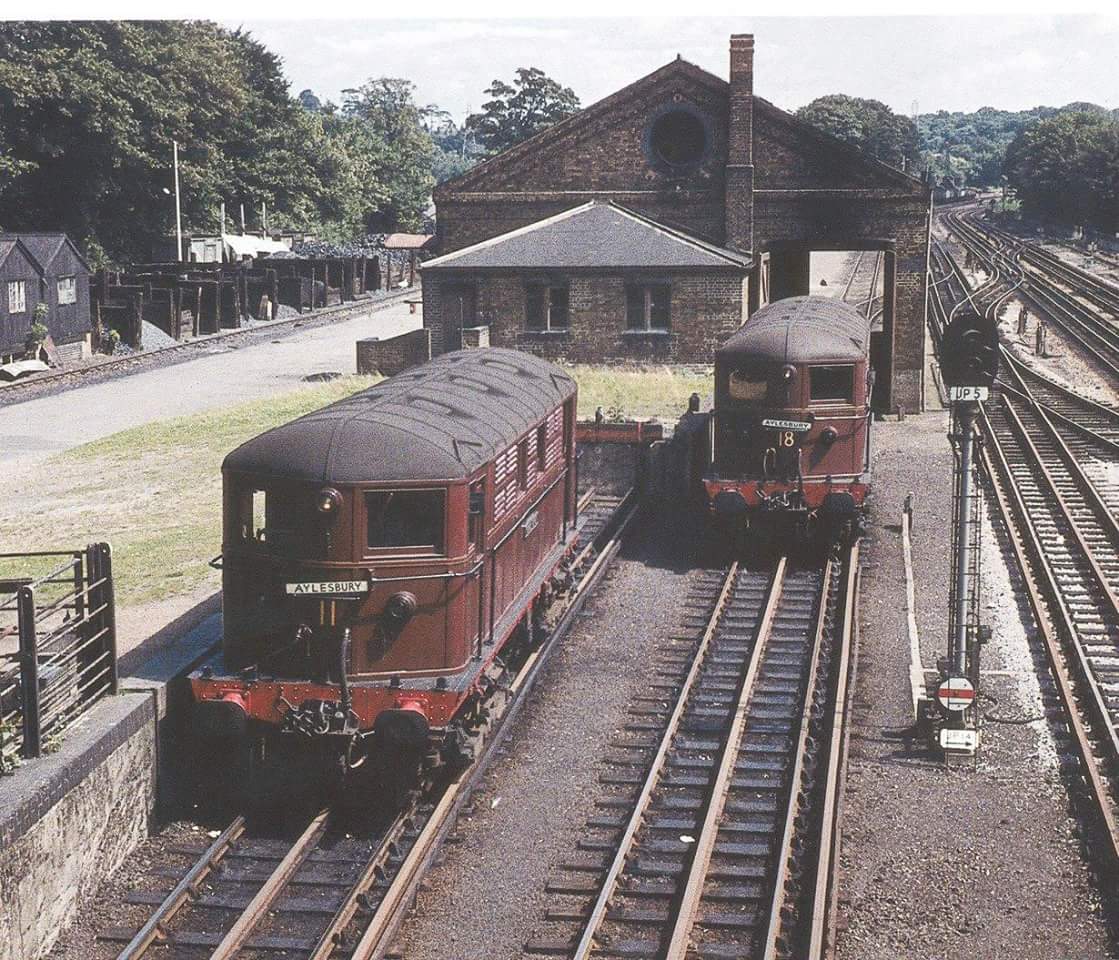 George Romney and Michael Faraday sit in the sun in 1958 awaiting their trips to the smoke.