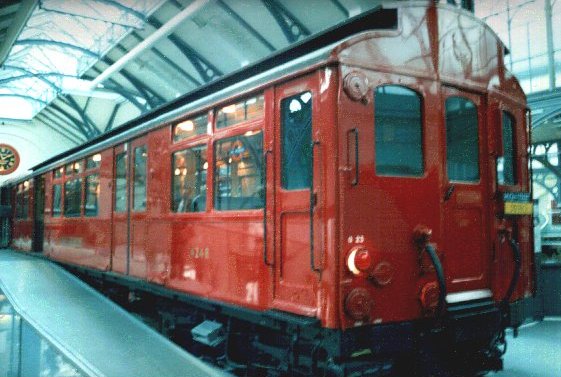 The G stock comprised of 50 electric multiple unit train carriages which where constructed by Gloucester Railway Carriage and Wagon for use on the Metropolitan District Railway (MDR) in 1923.

The District line began standardising its rolling stock from 1938, this entailed the replacement of the doors with air-operated doors and the stock was reclassified Q23 stock. This excluded two carriages which where used to provide a shuttle service to Acton South, the carriages where numbered 4167 and 4176 and where not reclassified into the G23 stock fleet. However in 1965 several carriages where renumbered, adding 100 to avoid numbering conflicts with the 1967 stock being introduced on the Victoria line.

As the CO/CP stock was transferred from the Metropolitan line, the Q23 stock was withdrawn from passenger service with the last service in 1971 although the majority of carriages had been withdrawn by the early 1960s.

The K stock was constructed by Birmingham Railway Carriage and Wagon Company for use on the District line in 1927 and was subsequently absorbed into the Q stock. These carriages where the product of a review into rolling stock on the District line which was conducted in 1926, this lead to the withdrawal of the B stock and the introduction of their replacement further to additional rolling stock to increase the service frequency. These carriages where owned by the London, Midland and Scottish Railway (LMSR) and had hand-operated sliding doors which where converted to air-operated in 1938 as a part of the project to convert these stocks into the Q stock.

The L stock was constructed by the Union Construction Company for use on the District line in 1932 and where basked on the previous K stock. The fleet consisted of forty five carriage, 8 Driving Motors, and the remainder Trailers. These where ordered to provide additional rolling stock to the District line following the eastwards extension to the line from Barking to Upminster over the new electrified tracks that where parallel to the mainline and included several new stations. The eight motor carriages where owned by the London, Midland and Scottish Railway (LMSR), numbered 700 - 714 and only included even numbers.

The L stock was absorbed into the Q stock, being categorised as Q31 stock. This conversion began in the late 1930s and included a series of major modifications such as the removal of the hand-operated sliding doors with air-operated doors. The Q stocks where subsequently withdrawn in 1971.

The M stock was constructed by the Birmingham Railway Carriage and Wagon Company in 1935 for use on the Hammersmith and City line, the fleet comprised of 28 carriages, 14 Driving Motors with the remainder being Trailers, the design was based on the previous K stock. The fleet was absorbed into the Q stock in 1935, being demoted the Q35 stock, these where the first stock to be equip with air-operated sliding doors, from their delivery. Between 1947 and 1955 the driving motors where converted into trailers, when this conversion was completed the carriages where transferred to the District line, with the Hammersmith and City line being served by the O stock.

The N stock was constructed by Metropolitan Cammell in 1935 and comprised of twenty-six trailers. These where based on the previous K stock, and where subsequently absorbed into the Q stock, being denounced Q35 stock, along with the M stock.

The H stock has been used twice on the District line, the first set of stock was used with the B stock when they where rebuilt during the 1920s and where withdrawn between 1934 and 1946.

The second set of stock denounced as H stock was used in the late 1940s to reclassify the C, D and E stocks which where modified and reclassified with the last of these carriages being withdrawn in 1958. The H for this stock was for handworked where the doors where still operated by hand. There where carriages from the G, K, L, M and N stock that where included and classified as H stock until they where rebuilt into the Q stock. 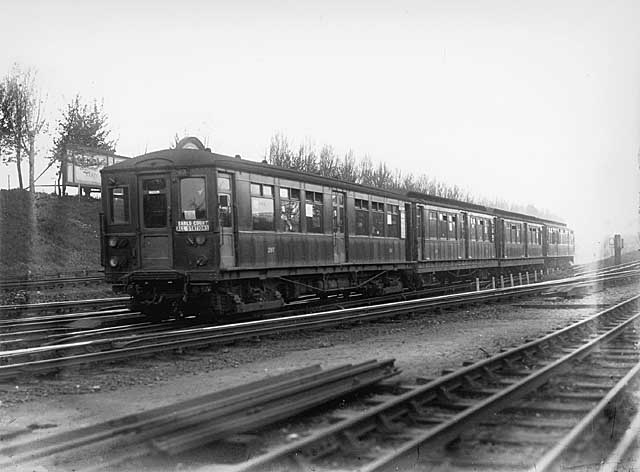